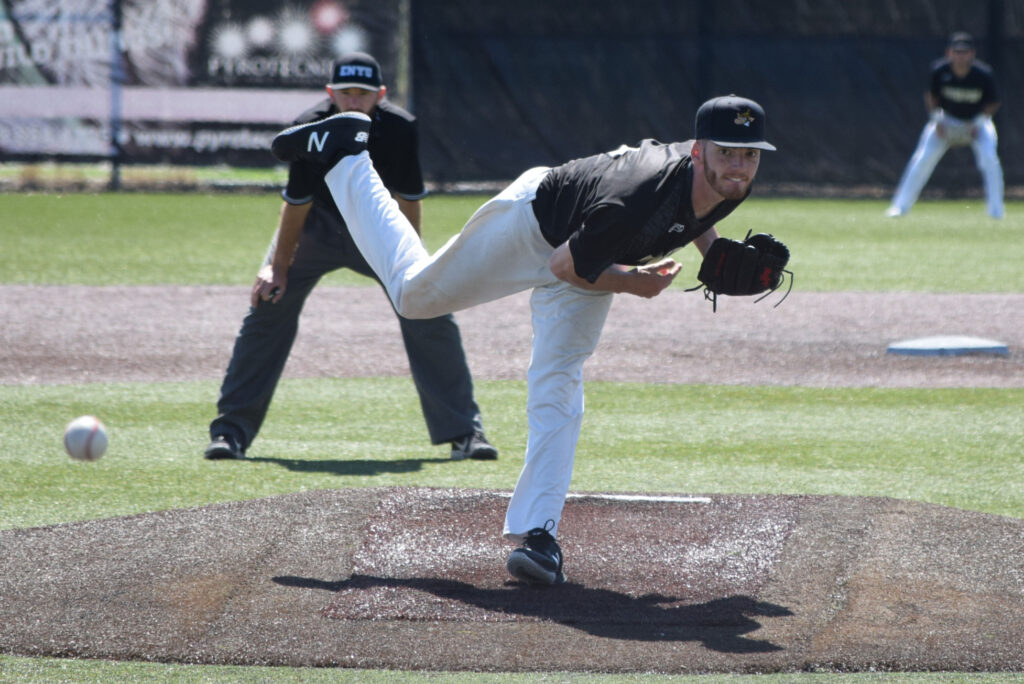 WASHINGTON, PA – The Tupper Lake Riverpigs defeated the Saranac Lake Surge to take the first victory of the Adirondack rivalry.

The Surge took an early 4 to 0 lead in the second inning when walks would fill the bases with Surge runners and also score them.

The Riverpigs answered with a couple of runs when Aramis Cruz singled in Colton Adams and Nicholas Ybarra to make the game 4-2.

The Riverpigs would go on to have a monster 5th inning led by Steven Rodriguez who belted his first and teams first home run of the season. A 390foot 2 run homer over the left field wall.

The game would go on to be a very close game to the end. Heading into the 8th inning the score was even at 7, but the Riverpigs would change that after an error on the left fielder for the Surge that would’ve ended the inning. That error led to a bases loaded walk to give the Riverpigs the 8-7 lead.

Jose Zacarias would come in to close the game and improve the Riverpigs to (2-1) while the Surge lose their 3rd straight one run game and fall to (0-3).

Sean Rivera was live saving for the Riverpigs going 5 innings out of the pen allowing only 4 hits while striking out 5 batters and earning the win.

Taylor Olmstead continued his hitting going 2 for 4 with a run and a stolen base with Eddie Suri joining him with 2 hits of his own and 2 RBI’s.

Nicholas Ybarra is doing what Ybarra does as he adds 2 more hits to his total. Joining him in the hit parade were Colton Adams, Miguel Molina, Steven Rodriguez, Josh Jubile and Brandon Camargo who all also had 2 hits each.

Both teams will continue play tomorrow with the Surge playing at 11:00am and the Riverpigs playing at 3:00pm.