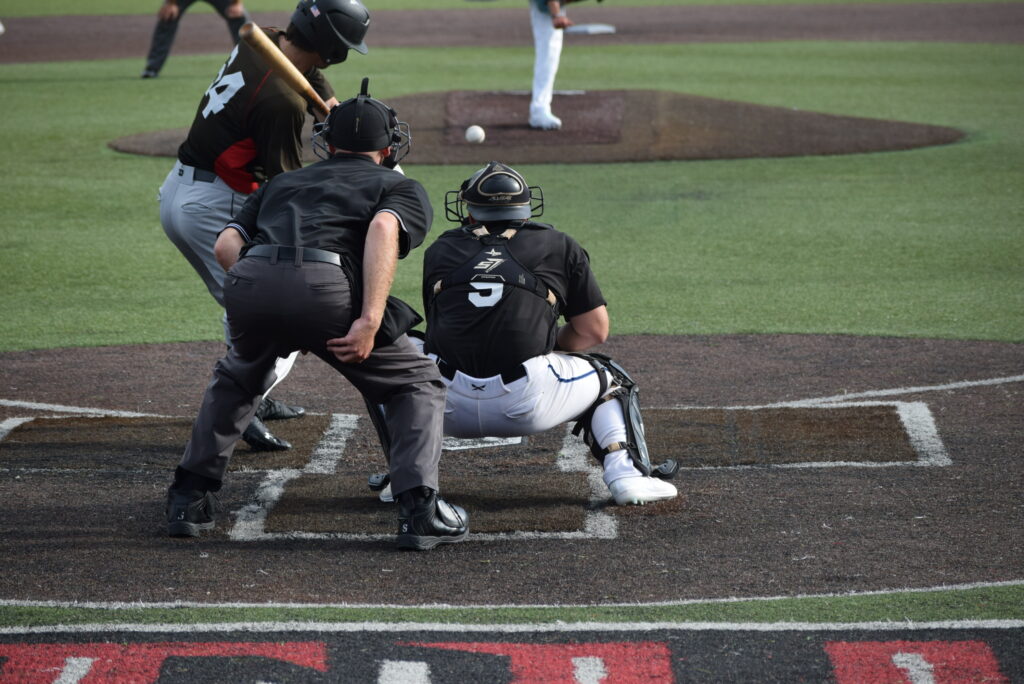 WASHINGTON, PA – The Brilliance Sox took on the Tupper Lake Riverpigs today to fight for sole first place and the Sox came up on top with their last inning rally.

The Riverpigs starter Conor Maguire tossed 4.2 innings of work striking out 3 batters and allowing just 3 hits. He would leave the game winning but could not capture the Win as a the Sox worked up a 3 run final inning to win.

Max Maarleveld tossed 4 innings for the Sox allowing 3 runs and also striking out 3. Colin Shaw would take the win for the Sox tossing 3 innings.

The Sox offense was led by Cody Lovejoy who went 3 for 4 with a double, triple and a big 3 RBI’s late in the game. Ben Andrews also finished the day 2 for 2 with 2 runs and a double.

Nicholas Ybarra for the Riverpigs has been on fire to start off the series as his 2 for 3 day now puts him at 5 for 7 for the series.

Both teams will play tomorrow with the Riverpigs playing at 11:00am versus the Rival Surge and the Brilliance Sox will face the Road Warrior Black Sox at 3:00pm ET. Fans are welcomed to attend games.