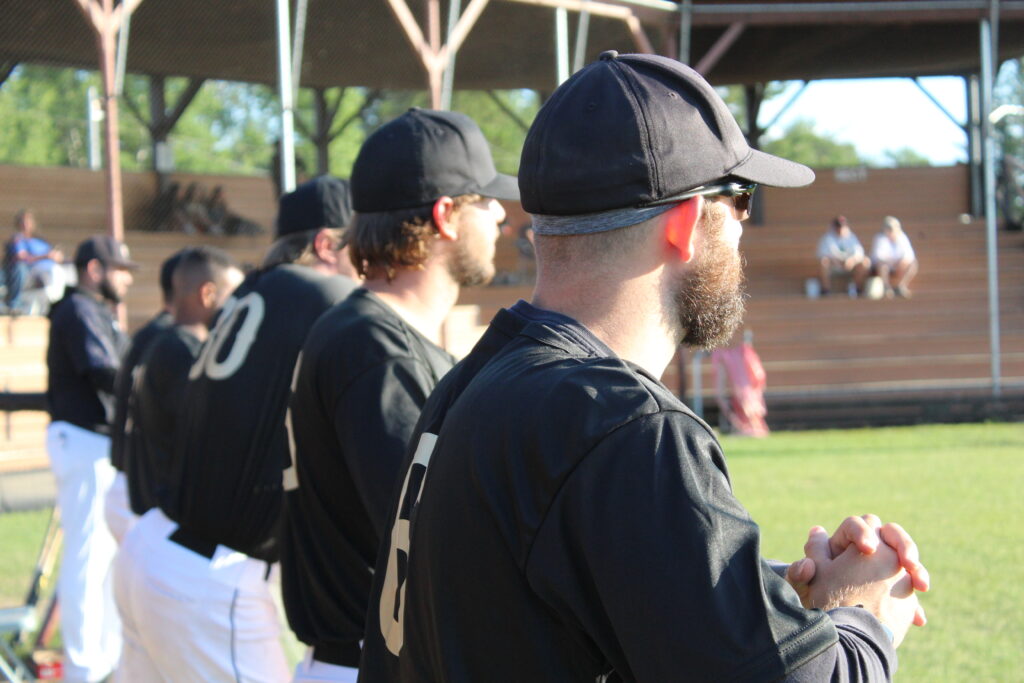 TUPPER LAKE, NY  –  Every series between these two teams is exciting as both are at the top of the Empire Baseball League standings. This series was no different, as every game was decided by two runs or less.

Game one was a full offensive display on both sides. Thunderbirds starter, Henrry Civil, went 2.1 innings, allowing seven runs on three hits and five walks. Kendri Salvador allowed three runs in relief of Civil, and Emmanuel Brantley gave up a walk off single to seal the Riverpigs victory.

Jose Mieses got the start for the Riverpigs and had a hard time getting outs. He was able to go 4.1 innings but allowed 13 runs, 10 earned, on 10 hits and three walks while striking out five batters. Following Mieses, infielder Danny Coleman, catcher Juan De La Cruz and Randy Alcantara were able to throw 4.2 scoreless innings in relief.

Marcos Estevez once again headlined the Thunderbird’s offense with yet another strong performance at the plate. Estevez went 3-5 with two doubles, a home run, two runs scored and four RBIs.

Mikey Edie was the hero for the Riverpigs in game one of the series. Edie went 1-4 with the walk off single, a sac fly and three RBIs. Bramdon Perez, Brandon Camargo and Julian Hunt all had two RBIs in the game.

Strong pitching was the story of game two. With depleted pitching staffs, both teams needed to strategize who would pitch when. For the Thunderbirds, David Ortiz took on the challenge of giving his team length, and he did just that. Ortiz pitched eight innings, even going into the ninth before giving up a walk off single to Taisei Shinmen. In what was supposed to be a shortened seven inning game, he finished with a final line of 8.0 innings, one run, seven hits, one walk and three strikeouts.

On the other side, the Riverpigs did not pitch a single regular pitcher the entire game. They started first baseman Chandler Kazele who went five innings, allowing one run on two hits, and three walks. Infielder Danny Coleman and outfielder Hector Martinez combined for four scoreless innings in relief.

The top hitter for the Thunderbirds in game two was Marco Melgoza, who went 2-3 with a double and two runs scored. For the Riverpigs, Taisei Shinmen walked off the 3-2 victory ending his day at 1-4 with one RBI.

Game three had a more balanced mixed of pitching and hitting. Andrew Kneussle started for the Thunderbirds and had a bit of a shaky start. Although he only gave up four runs in five innings pitched, he allowed nine hits and four walks. He was relieved by Andrew Bielicky and Frank Giuliano. Bielicky gave up two runs in 1.2 innings while Giuliano had a scoreless 1.1 inning outing.

The Riverpigs needed starter Joseph Brennan to go deep into the game and he gave them the start they needed. His final line was 7.0 innings pitched, four runs allowed on four hits and five walks, while striking out five. He was relieved by Randy Alcantara who gave the team two scoreless innings in relief.

The top hitter in game three for Plattsburgh was second baseman Brandon Madero. Madero went 4-4 with a double, two runs and an RBI. For the Riverpigs, Bobby Garbuio went 2-3 with a run scored and an RBI. Julian Hunt, Bramdon Perez, Walner Espinal and Khalyd Cox all had an RBI.

Next, the Riverpigs welcome the Saranac Lake Surge to Municipal Park for their three game series, and the Thunderbirds head home to face the Japan Islanders.