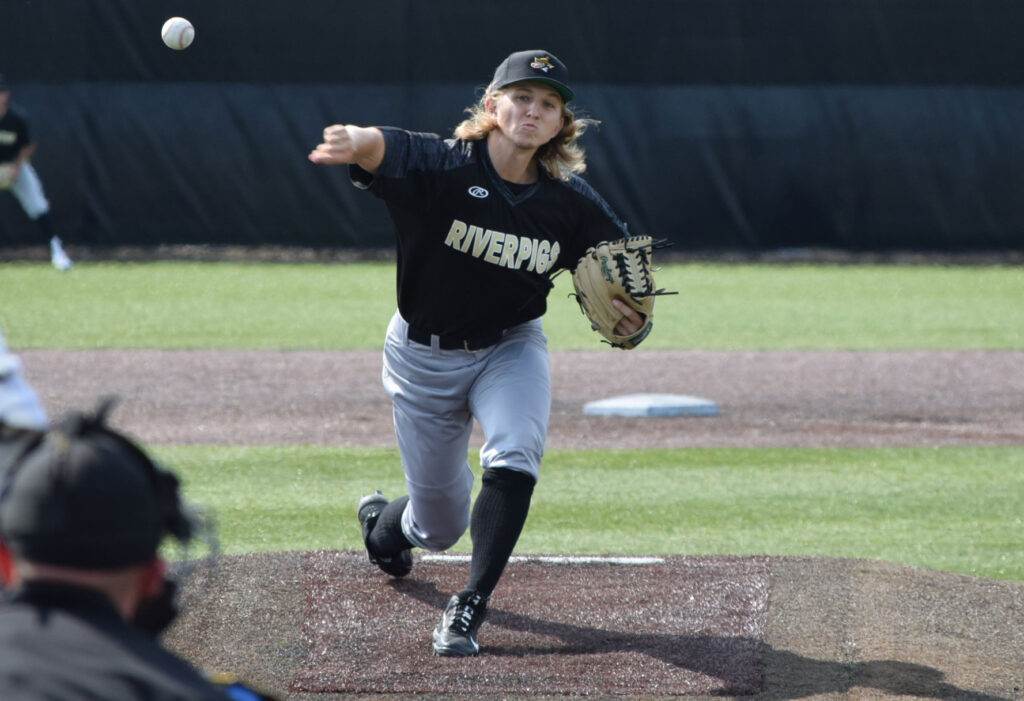 WASHINGTON, PA – Tupper Lake Riverpigs defeat the Saranac Lake Surge by a score of 6-3 in game 2 of Battle of the Adirondacks.

Riverpigs took an early lead right off the bat in the top of the 1st inning when lead off hitter Colton Adams scored on a base hit by third baseman Ronald Krsolovic. Following Krsolovic was Aramis Cruz who singled in the red hot Nicholas Ybarra who singled and Krsolovic to take a 3-0 lead.

Surge answered in the bottom half with a run when lead off hitter Taylor Olmstead walked and stole second base and scored on a 2 strike single to opposite field by Cory Alexander to cut the deficit to 2 runs.

Riverpigs would add 2 more in the top of the 2nd inning when Nicholas Ybarra singled in Eduardo Soto who reach on an error. Following Ybarra was Ronald Krsolovic with a single to drive in Colton Adams.

One more run would come in for the Riverpigs in the top of the 5th inning when Krsolovic singled for his 3rd hit of the day and scored on a sacrifice fly by Aj Pollack.

The Surge answered in the bottom of the 5th inning with two runs. Alexis Monge drove one in on a grounder to short to score Sid Kumar who singled for the second time in the day. The second run came in on a double down the left field line by Kyle Robinson.

No other runs would come in for either team as Stephen Cardiello would come in to close it out for the Riverpigs to get the save.

Ryan Tomao started for the Surge pitching 6 complete innings striking out 3 Riverpigs batters and was credited with the loss.

Both teams will continue play tomorrow at 11:00am and 3:00pm for more Empire League Series.