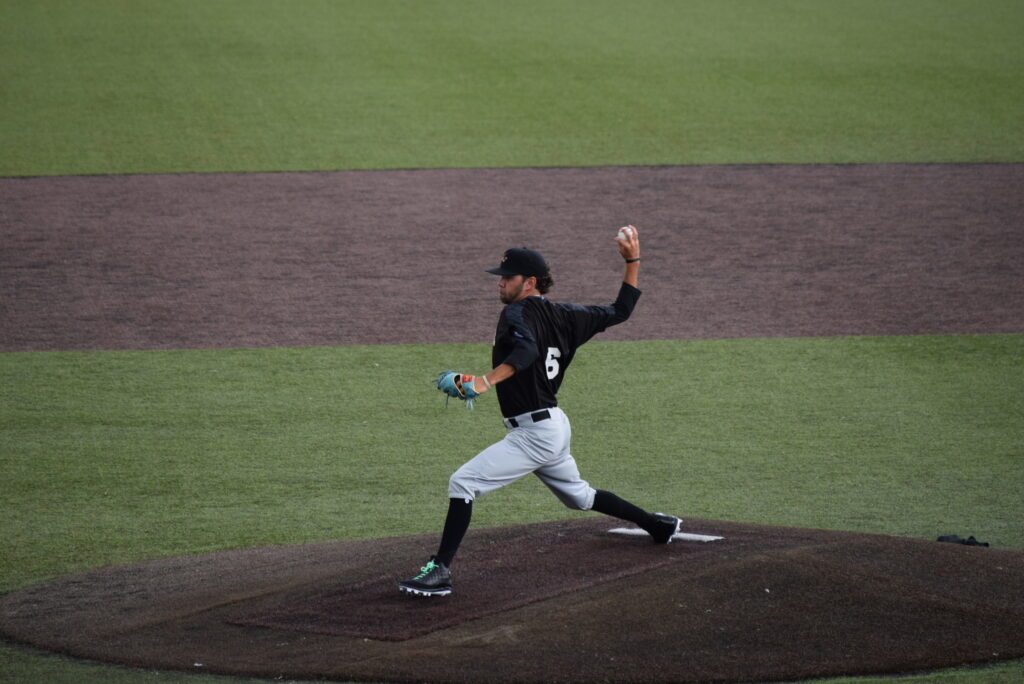 WASHINGTON, PA – The visiting Tupper Lake Riverpigs took on the Brilliance Sox for game 10 of the Empire League Series.

Zach Quinn would get the start for the Riverpigs in this one against Doug Olcese of the Brilliance Sox.

Riverpigs would get things going in the top of the 2nd inning when Brandon Camargo lined to left field for a base hit scoring Steven Rodriguez. Camargo would end up scoring on a single up the middle by Nicholas Ybarra as they both continue their tremendous hitting streak.

The Black Sox would get on the board in the bottom of the third inning when Ben Andrews was hit by the pitch with bases loaded.

Riverpigs would take a 5-1 lead when Josh Goulet belted his first home run of the year deep to left field. A 2 run shot that would score Steven Rodriguez.

The first hit for the Sox would come in the bottom of the 5th inning when Cody Lovejoy would break up Quinn’s no-no. The Sox would score a run on a sac fly by Dustyn Macaluso.

Zach Quinn would toss a great game for the Riverpigs going 7 complete allowing 2 runs on 3 hits striking out 3 batters. Sean Rivera would come in to close the game and break the Riverpigs losing streak.

Both Teams will play tomorrow at 9:00am and 1:00pm for more Empire League Series action.