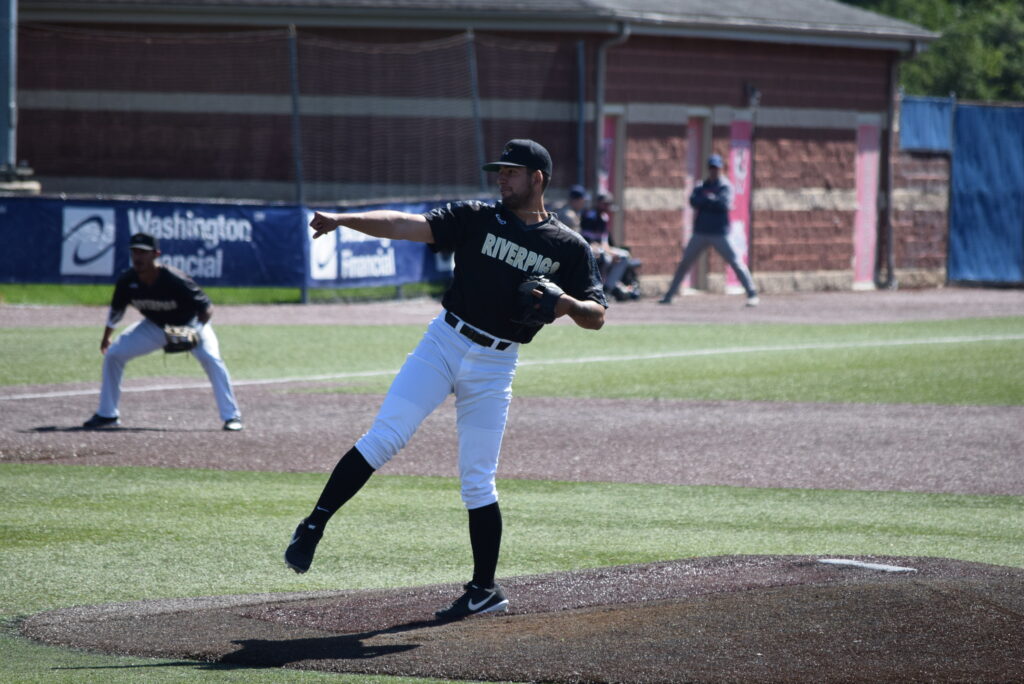 Tupper Lake Riverpigs starter Stephen Cardiello would face off against Jeremy Worlinski of the Black Sox.

Black Sox got on the board first with one run in the top of the 2nd inning when Frank Podkul advanced to second on a 2 out error by Riverpigs third baseman. He would then score on a 2 out single by Alex Polka.

Riverpigs would answer in the bottom half with 3 runs. Josh Goulet led off with a walk, Miguel Molina doubled, Steven Rodriguez drew a walk to load the bases for Jose Zacarias who singled in Goulet and Molina. Steven Rodriguez would score on a double steal to make the game 3-1.

In the top of the third, Black Sox would answer with a run when Marten Pauwels tripled with two outs and was driven in by Jermond Williams.

Riverpigs however would answer right back with one of their own when Josh Goulet drove in Aramis Cruz from first on a deep line drive double to left center and make the score 4-2.

Black Sox once again would get on the board on a big two out triple by Jesus Salcedo to score Frank Podkul but would be thrown out at home trying to score. That run would make it a 4-3 game.

Sean Rivera would come in to try and close it out for the Riverpigs, but the Black Sox changed that after a quick strikeout, Rivera loaded up the bases on walks, two runs would come in on 2 more walks, and another 2 on a line drive in the gap by Jerry Chavarria to score 2 more.

Riverpigs had no response in the bottom half and the game would end 8-4 in favor of the Black Sox.

Stephen Cardiello would pitch 6 innings allowing just 2 earned striking out 8 batters and getting the no decision.