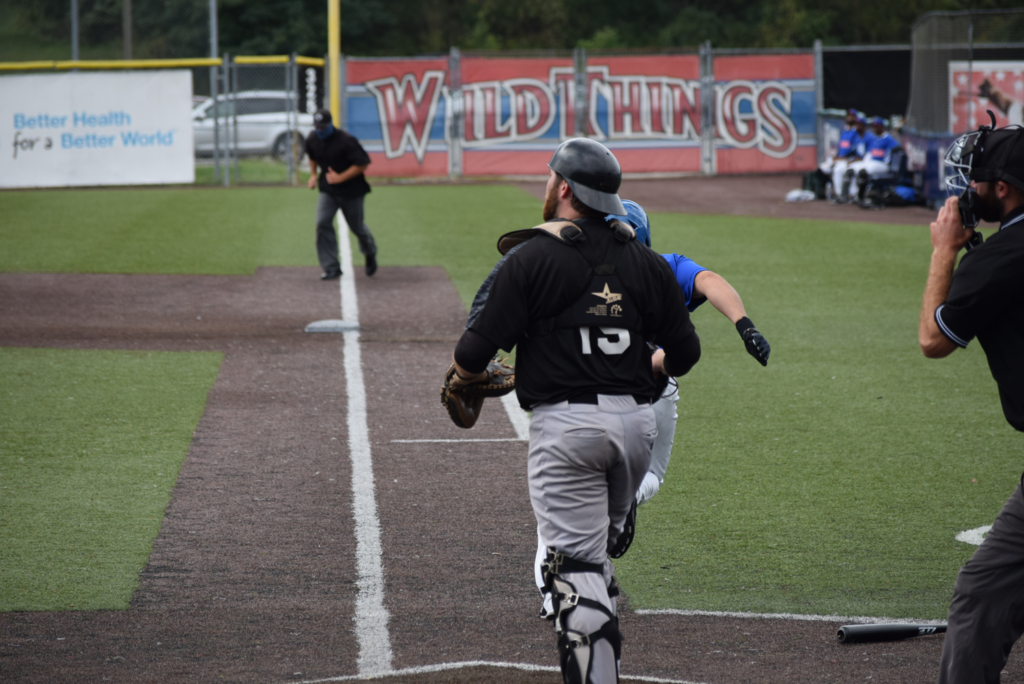 Right hander Kyle Grant will be on the hill for the Riverpigs while Layne Gusler will get the ball for the Surge.

Riverpigs would get on board first when Colton Adams scored on a ground ball by Nicholas Ybarra. The Surge would answer in the bottom of the 1st when Taylor Olmstead would lead things off for the Surge hitting a home run over the left field wall on the first pitch of the game.

Riverpigs would take a 2-1 lead when Josh Goulet hit a Solo Home Run over the dead center field wall in the top of the 4th.

After giving up a run on the first pitch of the game, Kyle Grant settled in as that would be the only run to score through 5 innings. But in the 6th inning, Taylor Olmstead would take him deep to center with a runner on base once again and out of the game as Olsmtead gives the lead back to Surge 3-2.

Chris Kwitzer would end this one with a monster walk off home run to deep center.